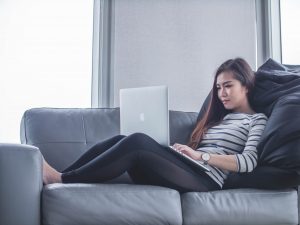 You must have heard about the antivirus software, but it’s time to go in detail. Let’s start with the basics.

What is a computer virus?

How to secure your system from such viruses?

You have two options to remove the virus from your system. One is the manual do-it-yourself, and the second one is to have a reputable antivirus program.

What is an Antivirus Program?

In On-Access scanning, the antivirus program runs in the background and checks every file you open. When you double click on the EXE file, it may seem like the file opened immediately, but it doesn’t. The on-Access antivirus program first checks the file, compares it to the known viruses, malware, and other threats. You can ignore the on-access scanning, but this isn’t a good idea.

How the Antivirus detects Virus?

Signature detection: Antivirus uses the virus signature to protect your computer from malware. The signature is a static fingerprint of known malware. All files that enter your system goes through the antivirus scan. Whenever you click on a new or old file, Antivirus uses this signature database to check the files. For example, if you click on the “mysubject.exe” and if it is virus affected, the Antivirus checks the file against the signature database and blocks the file if the result is positive.

Heuristic detection: This method is usually used along with the signature method, but it doesn’t use the signatures for scanning. The heuristic method aims mainly at detecting new viruses that have not yet been discovered. It is the most known method to detect new viruses.

Data mining detection: Data mining is the latest trend in detecting the virus. It uses a set of programs to find if the file is malicious or not.

It’s best to prevent the problem from happening by installing antivirus software before the damage. An antivirus program is a deep subject, and a thick book could be written on this, but we hope this article brought you enough information.

Be safe and keep your system safe!

What is computer worm

What is computer Virus